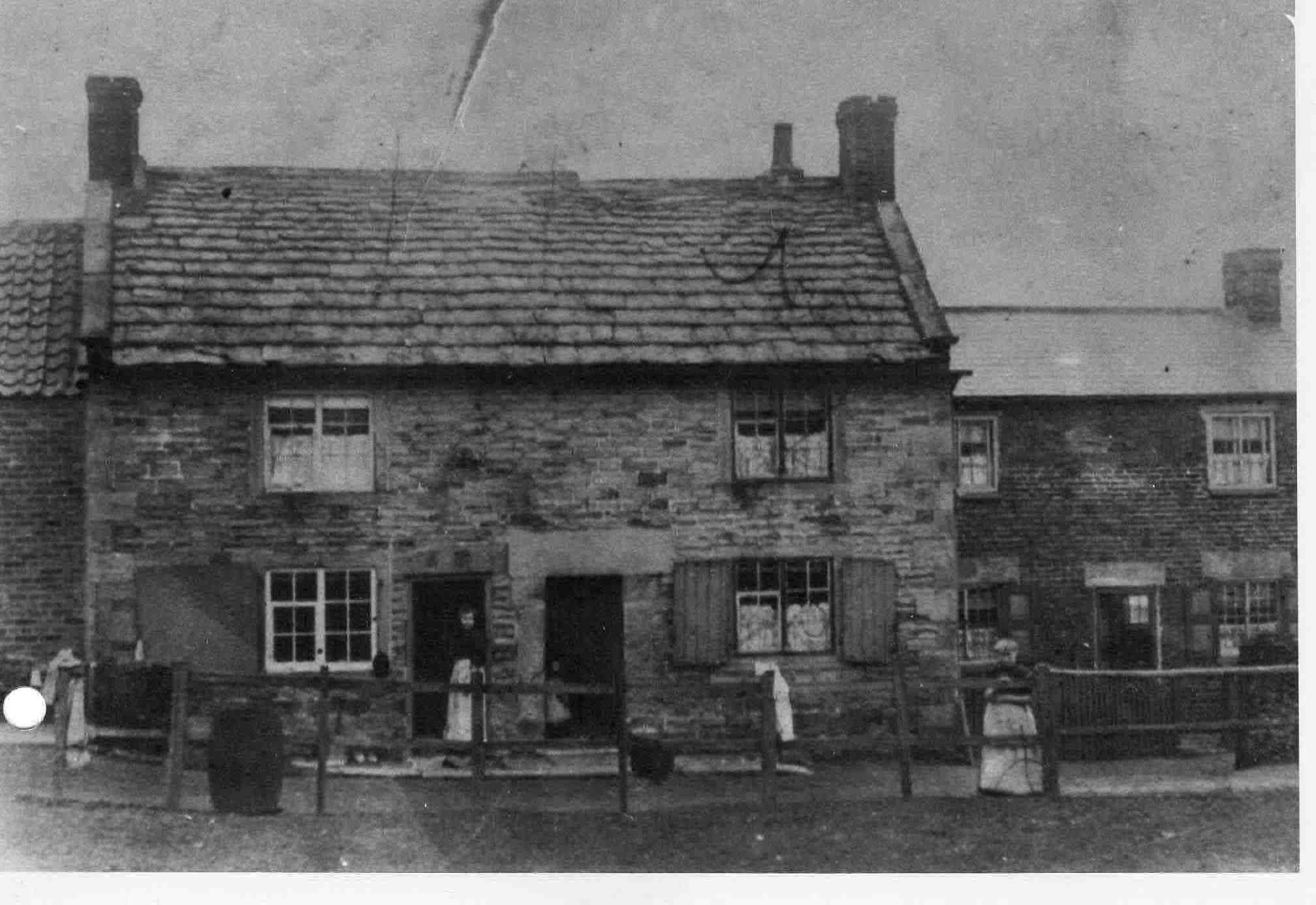 One thought on “Houses on Bunker’s Hall, one of which was a public house – The Feathers or The Falcon. Photo courtesy of V. Hopkinson.”